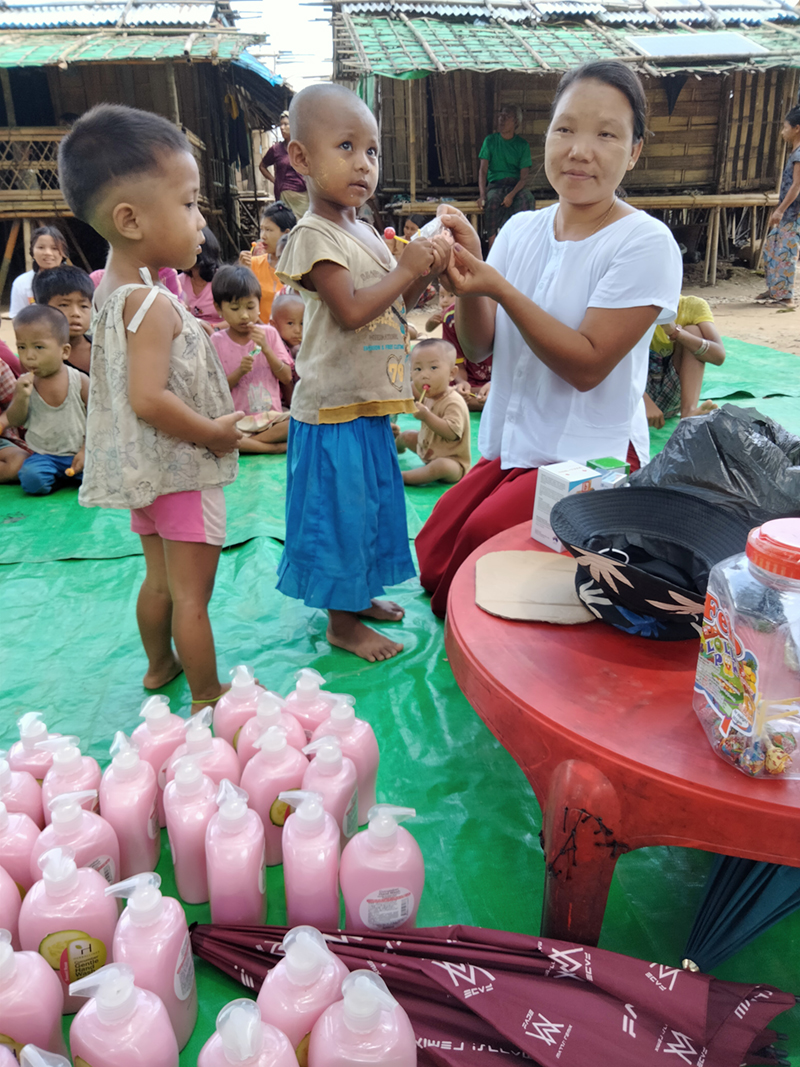 Children being schooled to use hygiene measures and to protect themselves in the best possible way under the difficult and monotonous conditions of everyday life in the camp.

In Myanmar, the political situation came to a head in 2021 and the Corona virus is once again on the rise. In times of war-like conditions, it is extremely difficult to procure food, goods or building materials for the refugee camps from from far away cities as the roads are closed and armed military threaten every journey.Special permits are mandatory and our local partner teams risk everything to help people, especially children, in the refugee camps and to bring a small bit of hope to the camps. Under these special challenges, the project was able to start in March 2021 thanks to the generous donation of #RTL – Wir Helfen Kindern. Everyone involved with the IDP (Internal Displaced People) refugee camp is deeply touched and very much welcomed the much-needed project. The refugees themselves support the project wherever possible.

Everyone has the right to human dignity

After the outbreak of the third wave of Covid, the team of social workers and nurses lead awareness campaigns and hygiene trainings for over 8,000 children and parents. Using age-appropriate approaches, the severely traumatized children were taught hygiene and other measures to best protect themselves during the pandemic.

Hygiene kits, medications, and vitamins were provided to the malnourished children and refugees and the exact usages and intake were explained. In order to make “nature’s call” more bearable and hygienic for people, 25 latrines for women and 20 latrines for men, as well as 4 latrines for people with disabilities, were constructed in the four IDP Camps in Paletwa Township. 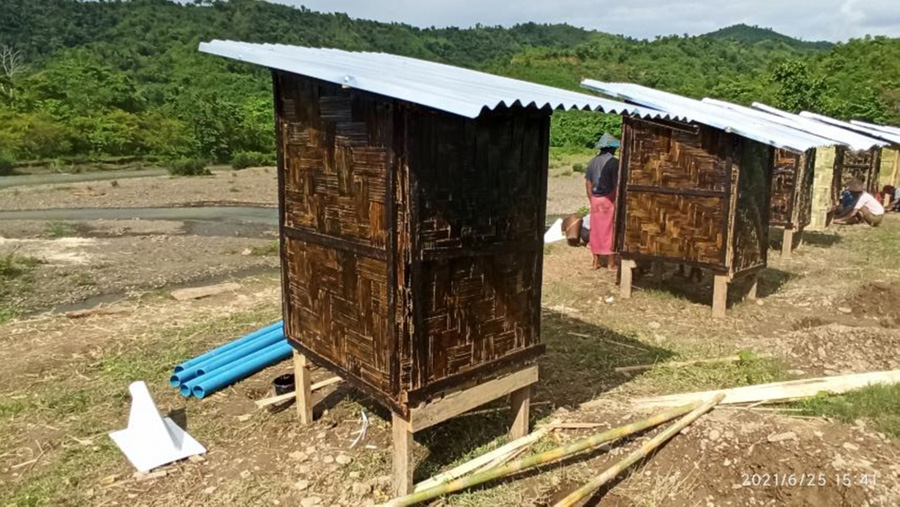 New latrines were build and hygiene in the camps was dramatically improved.

368 families or approximately 2,200 people now finally have access to clean water thanks to this project. As part of the project, pipes were laid and 2,000L water containers were installed. Under the very difficult conditions of continuous military presence and despite everything going on, a milestone for human dignity was restored, the environment was spared and the effects of an epidemic that were spreading rapidly in the camp were counteracted. The IDP camp’s physical condition was noticeably improved. Due to the active cooperation of the internally displaced people during the project’s construction work, the target group’s personal responsibility was also secured and strengthened.

Our heartfelt thanks to RTL – Wir helfen Kindern and to all the donors for your support. With your help, an amount of human dignity was restored to these children and their families!