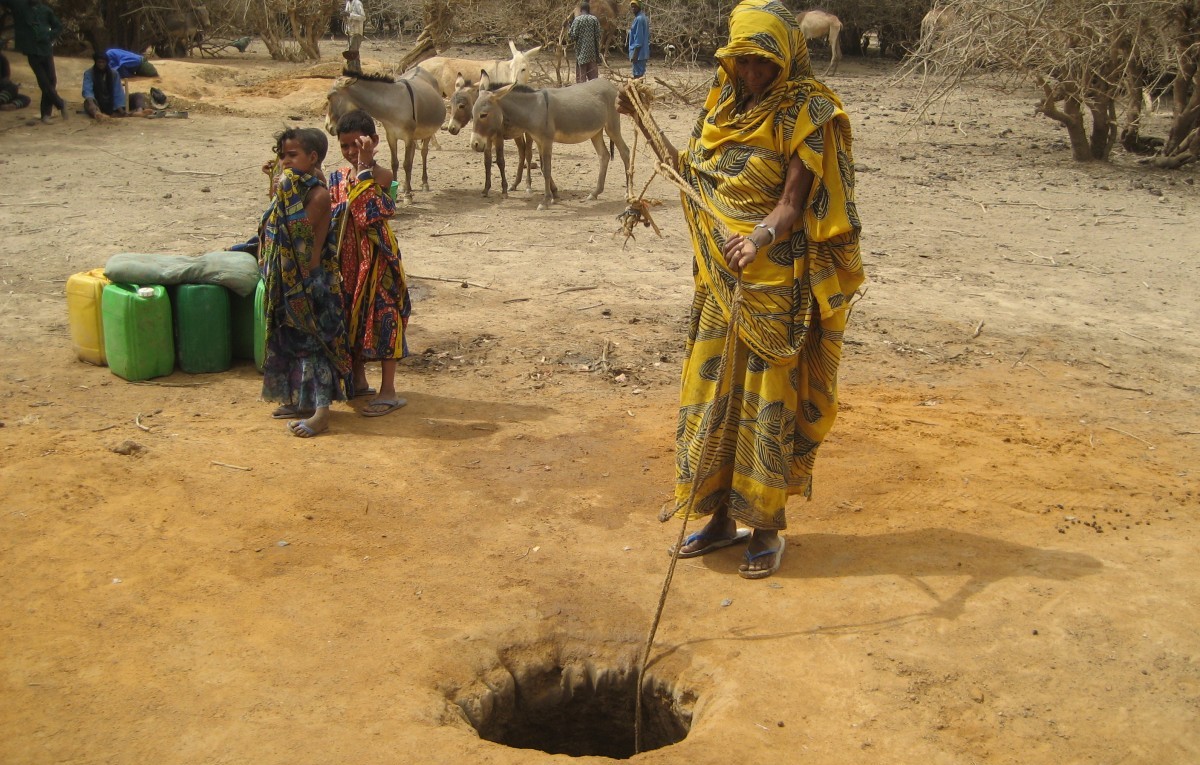 Every day, people depend on the watering hole.  Photo : Archives

The world is facing a dramatic water problem: Each year, an estimated 3,5 millionen deaths are caused by inadequate water supply. More than 700 million people have no access to clean, potable water – and more than €2,5 billion no adequate sanitary facilities.

The world is facing a dramatic water problem: Each year, an estimated 3,5 millionen deaths are caused by inadequate water supply. More than 700 million people have no access to clean, potable water – and more than €2,5 billion no adequate sanitary facilities. UNESCO-Goodwill Ambassador Dr. h.c. Ute Ohoven emphasizes: “Clean water and basic sanitation are a human right, and it is about time that this human right is granted even to the poorest families. Access to clean water is a universal right.”  On the occasion of the World Water Day on the 22nd of May 2017 she demanded from mankind more attention to and more engagement for a sustainable use of water. “The global fight against poverty and social inequalities necessitates global water collaboration.“

Life-threatening water shortage is coming to a head

The horrific draught in East Africa has caused an acute lack of potable water and has put a  Spotlight on the challenges relating to the resource water .More than 40 percent of the East African population do not have access to sufficiently clean water. In times of crisis such as the current draught especially infants and small children suffer; they rapidly dehydrate.  It is estimated that thousands of people in Ethiopia, South Sudan and Somalia are facing a life-threatening water shortage.

The situation will deteriorate further in the coming years. Reasons include rapid population growth, climate change, growing industrialization and inefficient agriculture. A sustainable use of our water resources requires collaboration between all impacted parties. “On a global scale, there needs to be a higher awareness that water is a scarce resource to be used in moderation”, says Ute-Henriette Ohoven.

Education about sustainable use of resources

In its projects, the YOU Foundation attempts to heighten the awareness of children and adolescents. For example, we initiated an interactive educational program that included experiments and speeches for the world economy China targeting students of all ages, raising their awareness and educating them about the responsible use of water and the environment. Within a period of three years, approximately 340.000 students in 480 schools participated in the program and themselves became „ambassadors“ of the cause.

Equally important, the topic „sustainable use of water“ became was prominently visible and enjoyed the attention of many representatives in the educational landscape. „Our WE water project in China is an all-around success that will pay off in the near future”, applauds Ute-Henriette Ohoven.