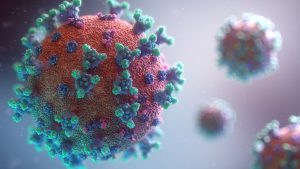 COVID-19 has arrived in Africa. After the initial outbreaks in China and Italy and then after all of Europe was affected by the dangerous Corona Virus, many chronically underserved countries in Africa and Asia are now also having to deal with higher infection rates.

Up until now, 27 countries in Africa have been impacted and according to the WHO 739 individuals are infected and 20 have died. But no one knows how many are truly infected because the necessary tests are not available.

These regions of the world are not ready to deal with the quick and massive and never- before seen spread of such an extremely dangerous condition. While industrial nations have the necessary means to deal with the new hygiene regulations and have access to drinking water, soap and sanitary facilities, the poorest countries can not meet these basic needs. The people living in these countries are hit especially hard.

Even without COVID-19, people in these regions are having to deal with food shortages and lacking hygiene facilities, people are fleeing or living in over filled camps… they have no way to protect themselves.

Experts fear that due to the serious shortages in health care systems, a mass spread of this illness will not be preventable.
South Africa, Senegal, Ghana, Ethiopia, and Kenya have instigated measures to stop the spread of the Corona Virus including closing schools for two weeks, cancelling public events, and limiting air travel. In some countries, a state of emergency has been declared.

In Asia, in countries like Bangladesh, Pakistan and many other, similar conditions exist, and the same fate awaits people living there.

The number of confirmed cases is rapidly increasing, the worries of government that they stand before a ticking timebomb is justified and the threat of massive outbreak is real.

Previous Article
Next Article
Cookies help us to provide our services. By using our website, you consent to our use of cookies.OkMore information.