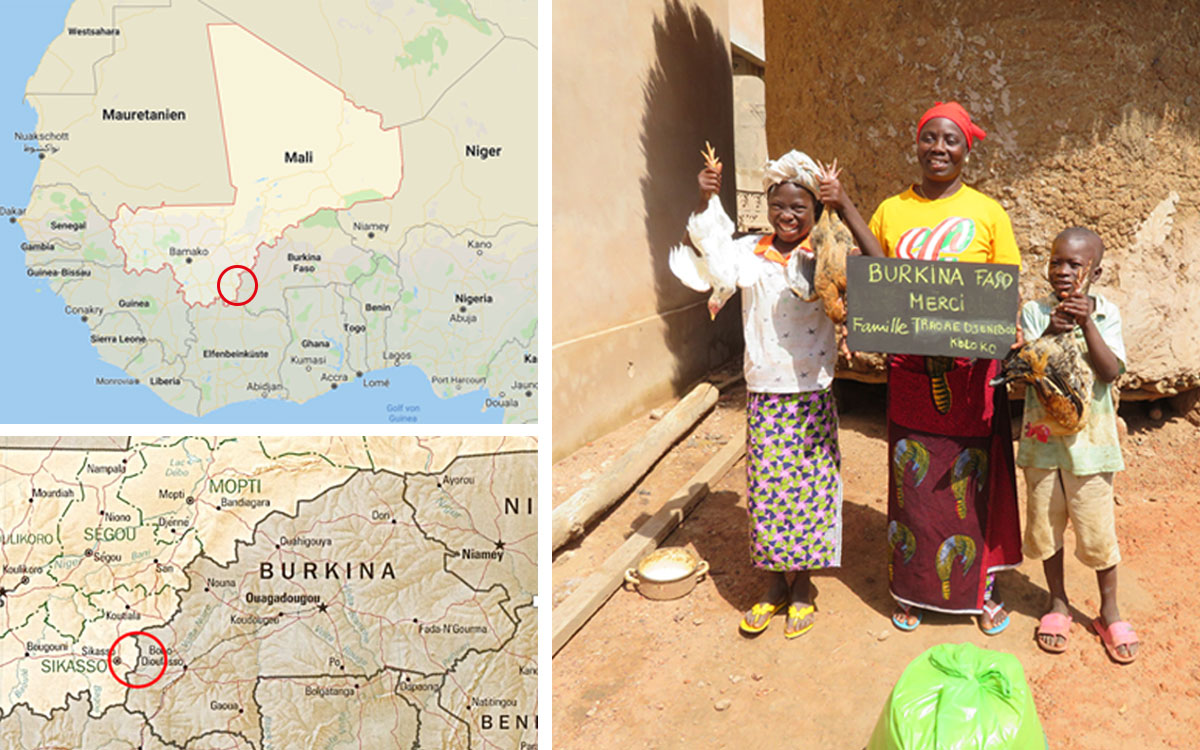 The thing with the egg … and the fight against malnutrition

In addition to very valuable protein, the egg also contains unsaturated fatty acids and minerals such as sodium, kalium, calcium, magnesium, manganese, iron, copper, zinc, phosphorus, selenium, and sulfur. The egg also contains vitamins A, D, E, K, B2 and B6, nicotinamide, pantothenic acid, and folic acid. One egg covers approximately 35% of a person’s daily vitamin B12 needs and in a cooked egg, Biotin, also known as vitamin B7, provides for healthy hair, skin, nerve cells, and metabolism. Only vitamin C is missing to make the egg perfect, but it remains one of the most natural unprocessed food sources… 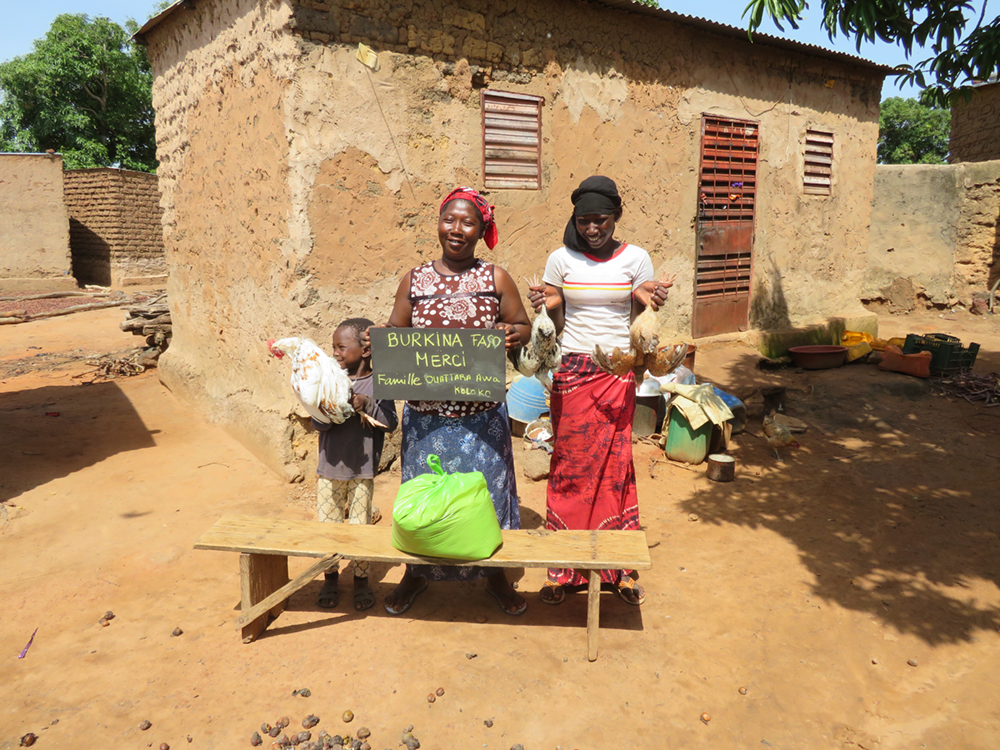 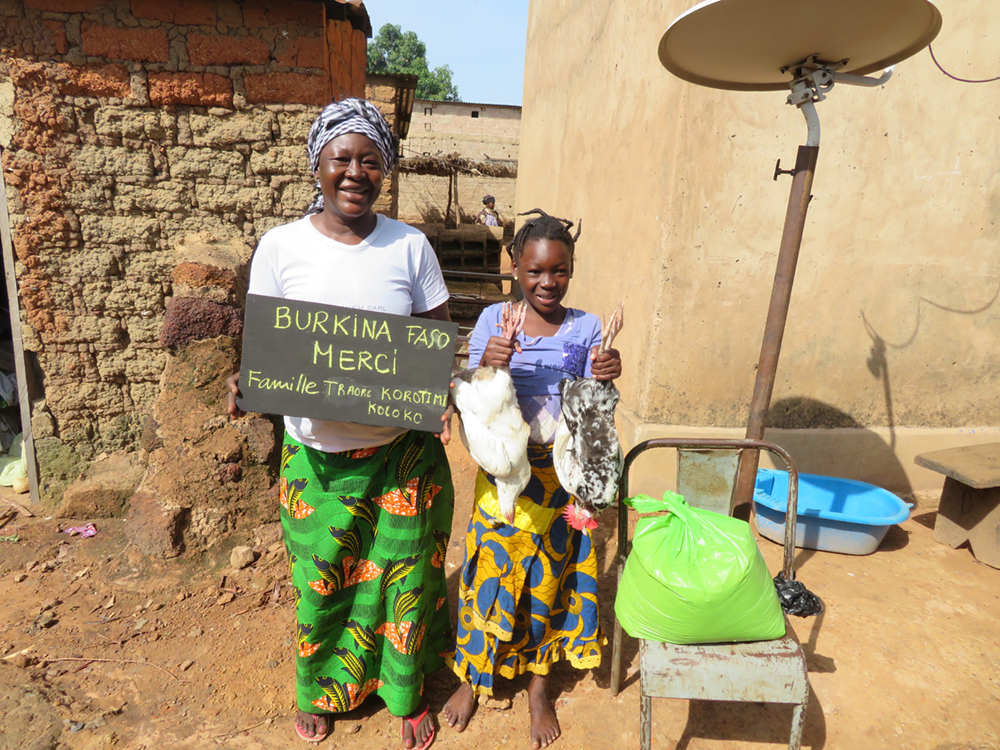 The community of Koloko in Burkina Faso is located in the region Hauts-Bassins and is part of the Kénédougou province.

The community is made up of eighteen villages. On the other side of the border, in Mali, lies the community Finkolo, with seventeen villages, that is part of the Sikasso district.

The communities of Finkolo and Koloko share a border and therefore have the same climatic and agricultural features. They also share the same historical context as part of the previously prosperous kingdom of Kénédougou which existed as one since the 17th century and now has been cut in two by arbitrary state borderlines.

The population of both communities originate mostly from the Sénoufo ethnic group with farming households including small animal breeding.

The agricultural activities include grain farming of corn, sorghum, millet, rice farming, cash crop farming such as cotton as well as the vegetable farming of potatoes, cabbage, tomatoes, onions and also poultry farming. Due to the lack of education, insufficient capital, and climate changes, people are forced to survive in 38-degree weather and through droughts. Poultry farming as well as vegetable farming are in the early stages when it comes to production and marketing and the poorest farmers continue to experience difficulties of a structural nature.

Generally, food in Burkina Faso and Mali is scarce and the fact that many of the poorest in the population survive on less than 1.50$ per day drives them to flee.

The climate changes, the changes or decreases in rainfall and the droughts all have a negative effect on the agricultural production in the project area.

The missing skills and education also mean that people do not know how to market their product which in turn means less income and reduced means to purchase much needed food.

These factors, coupled with the very limited nutritional knowledge of the affected households increase food insecurity and have a negative effect on the nutritional health of children aged 0-59 months with especially those children in the age group of 0-23 months showing symptoms of malnutrition.

The regular consumption of one egg a day can reduce the symptoms of growth impairment and atrophy by up to 47% and of underweight by up to 74% and that with minimal costs.

And here is where the egg enters the game… and your donation!

Poor families in Koloko and Finkolo are selected by the project team. These families earn significantly less than the state guaranteed minimum income of about 50€ a month but support as many as eight family members, have small children and are willing to participate in a short training in poultry farming.

These families participating in the project will receive poultry and poultry food because one egg per day can save the life of a child!

A heartfelt thank you from the poorest families in Burkina Faso and Mali!

With a donation of say 500€, sixteen families in this empowerment program could be supported with poultry and poultry food. 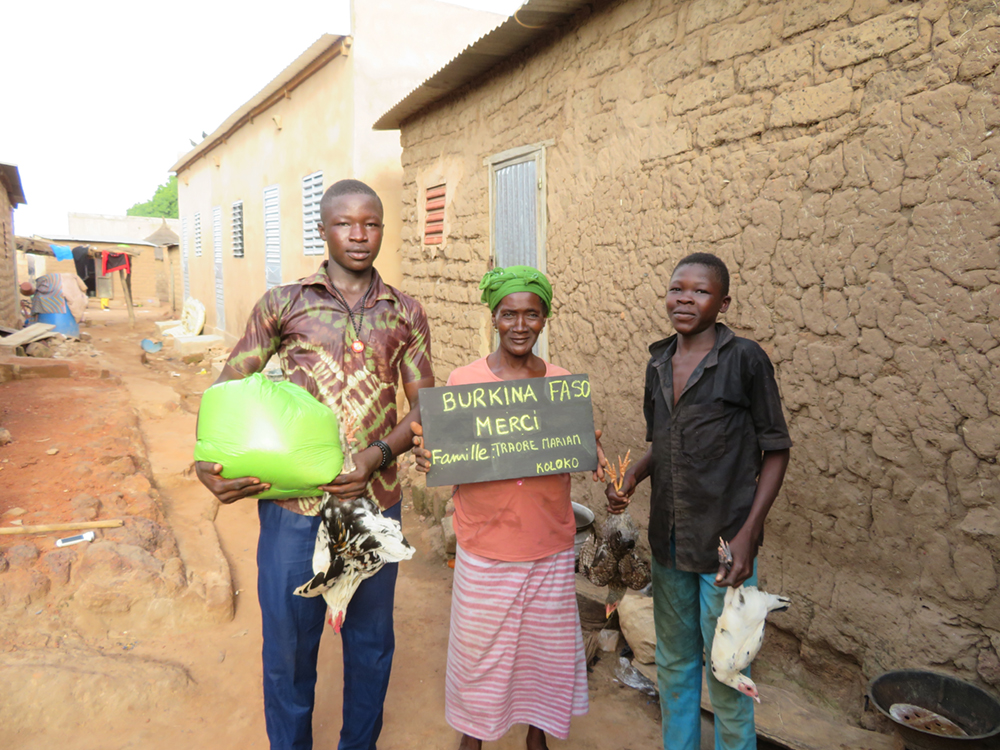 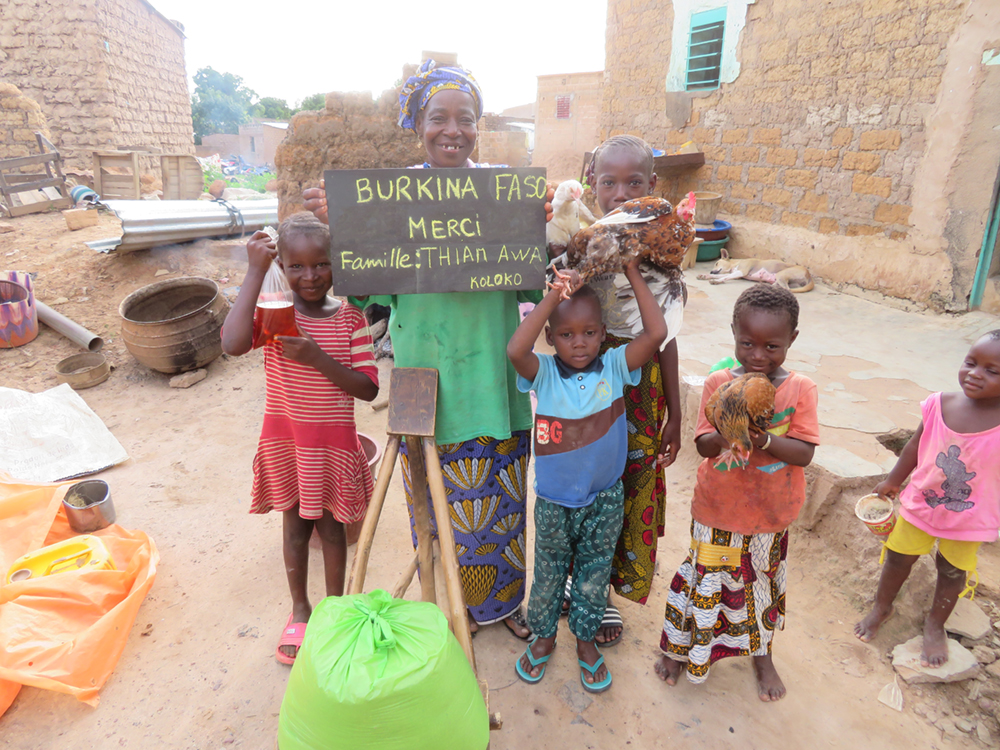 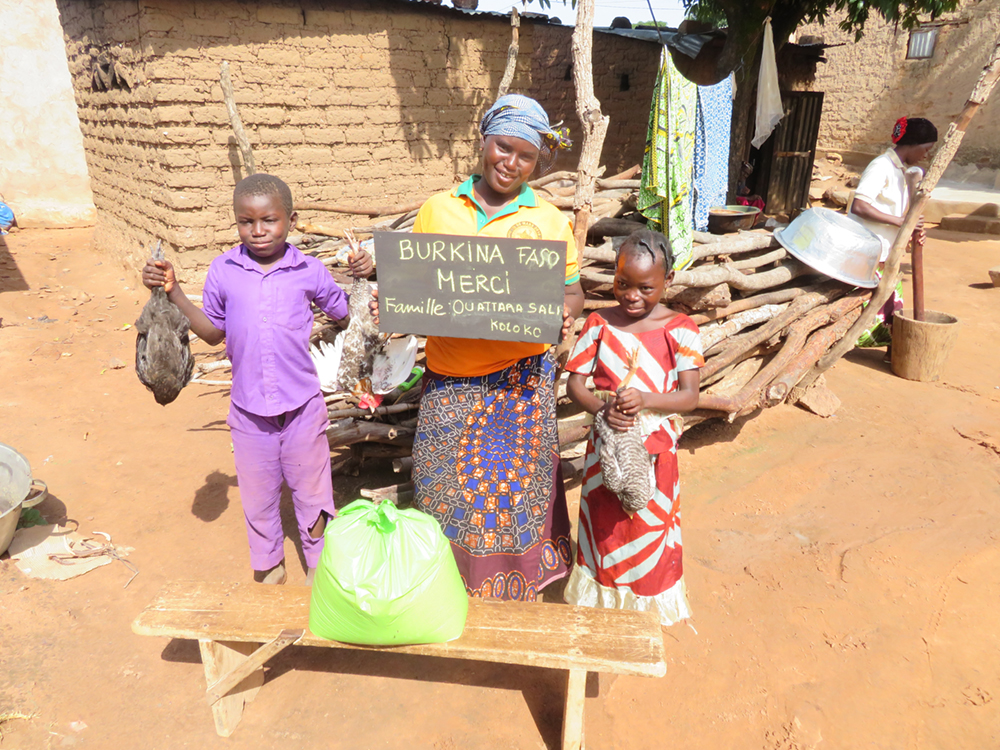 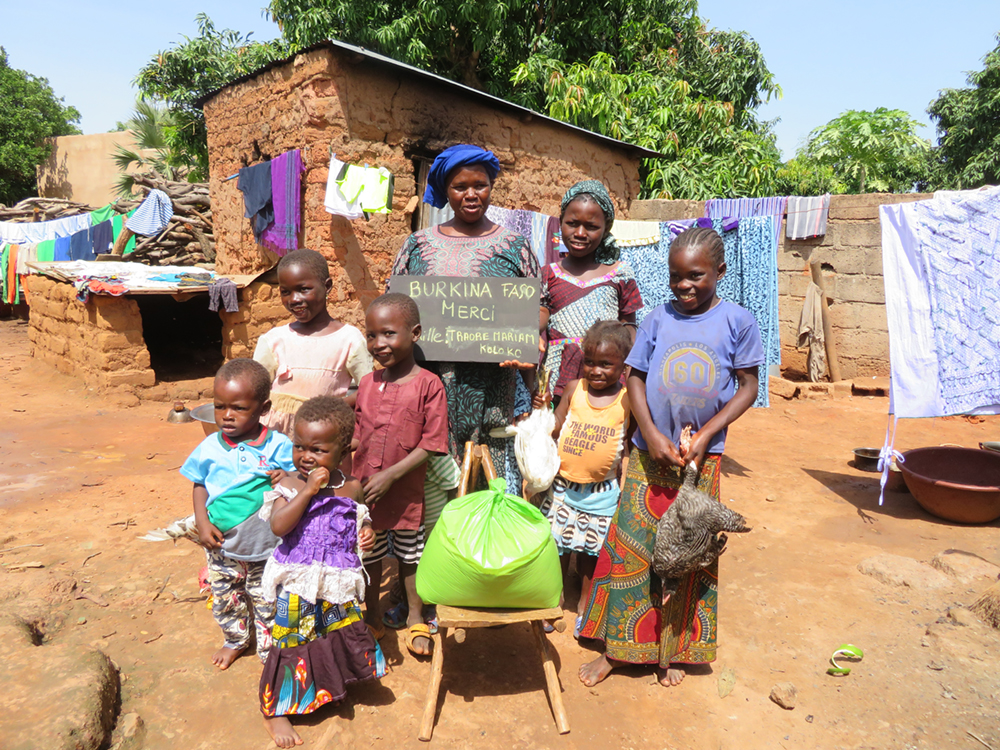 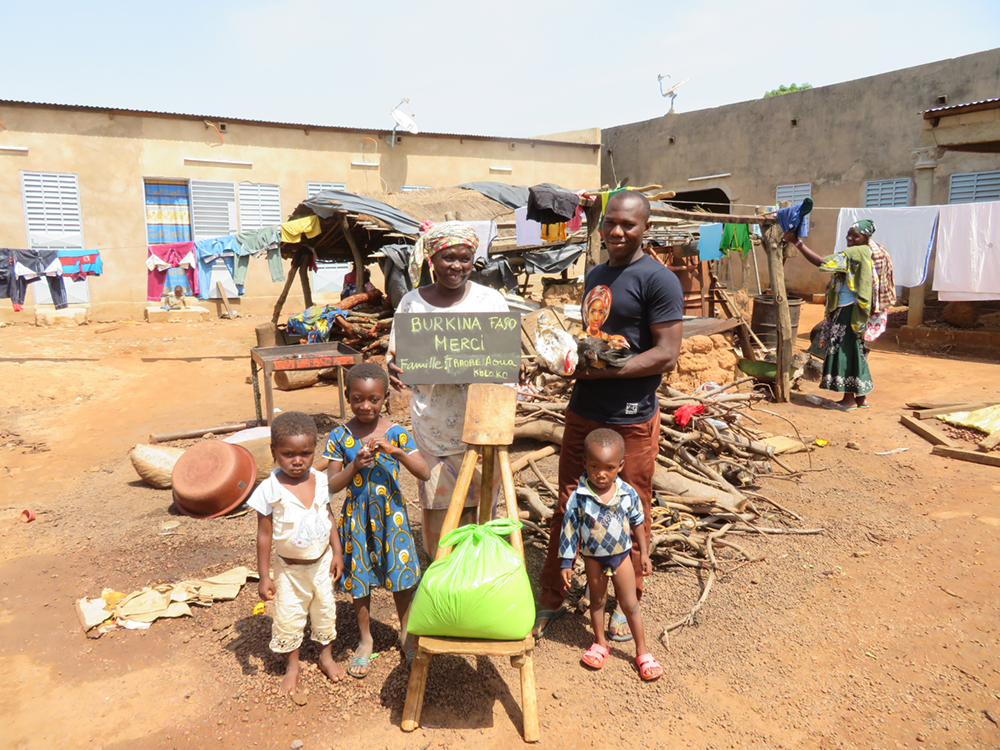 The first 8 families were able to successfully complete the course and were given the benefit of the “self-sufficiency packages”.