A 40T semi-truck sent by the community campaign Moers Helps – Rotary Club Moers and the YOU Foundation has arrived at the National UNESCO Commission in Chişinău, Moldova.   The volunteer truck drivers drove for days from Moers to Chişinău to get the urgently needed relief supplies to Ukrainian refugees and allow them to maintain some semblance of human dignity.

The director of the National UNESCO Commission in Moldova, Dr. Luminita Drumea has worked for over 20 years with our UNESCO Special Ambassador Ute-Henriette Ohoven and the YOU Foundation.  The Commission cleared out their offices to make room for the relief supplies and hired security guards to safeguard them until the supplies, with the permission the refugee camp management, could be directly and efficiently distributed the next day. 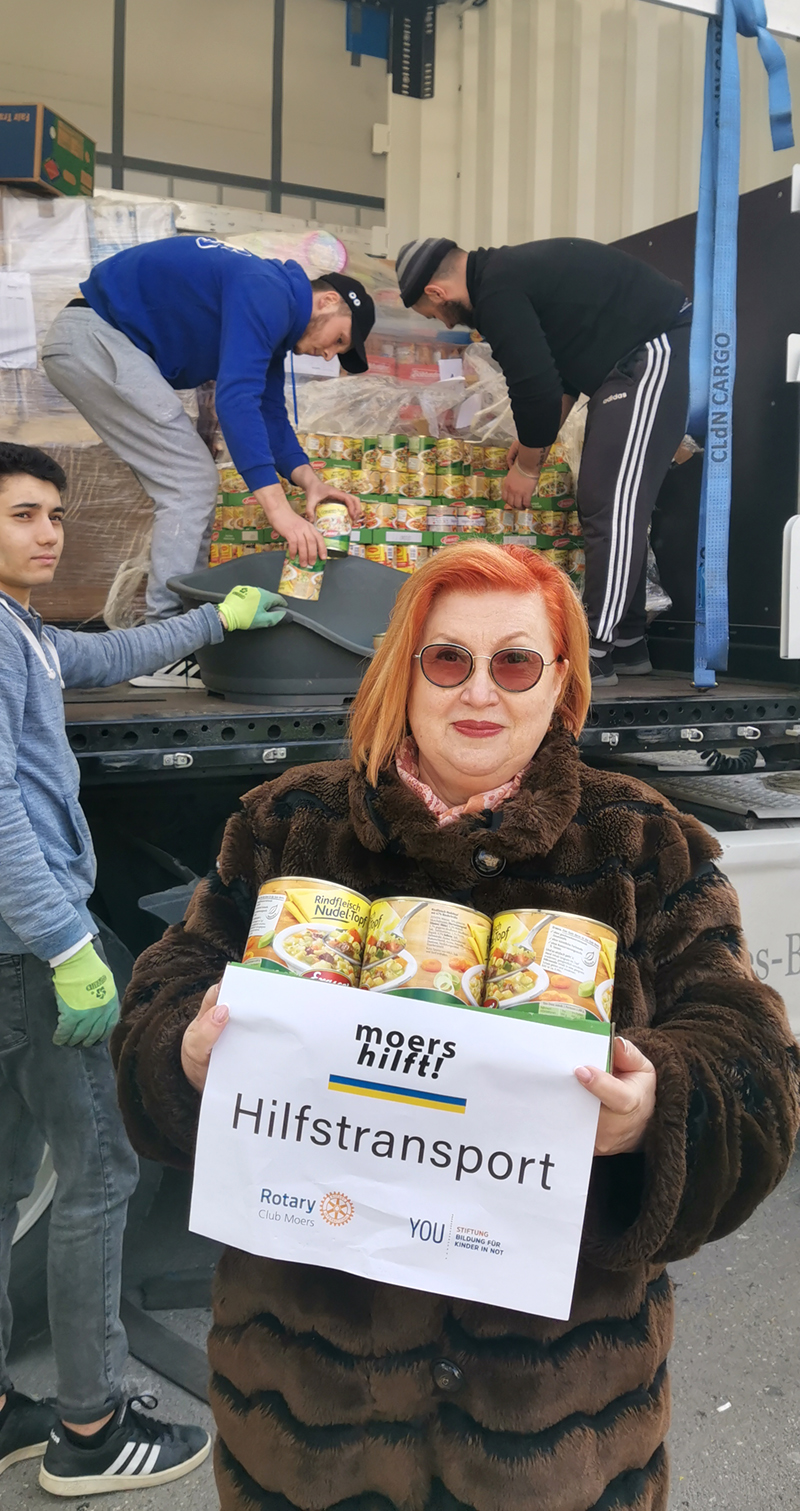 We would like to express our heartfelt thanks to the campaign Moers Helps, and especially to all the volunteers and specifically to Mr. Gordon Pelz!

Dr. Luminita Drumea, Director of the National UNESCO Commission of the Republic of Moldova sent the following message to Ute-Henriette Ohoven:

“Dear Ambassador Ohoven! Everyone here is helping… the UNESCO National Commission of the Republic of Moldova has moved all its desks and boxes into the corner and our premises have been used since yesterday as a warehouse with guarding for the aid delivery “Mours helps”. In the course of tomorrow (with the authorisation of the Camp Management), it will be distributed!
Thank you Moers hilft, Rotary Club Moers and thank you YOU Foundation and especially thank you, dear friend and highly appreciated UNESCO Special Ambassador Dr. h.c. Ute Ohoven.“