Press Release 16.11.2017
Way to often children are deprived of their rights 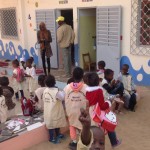 A day dedicated to children´s rights: On November 20, 1989 the United Nations passed the Convention for Children´s Rights – a legally binding international treaty. Since then, much has been done to give children a voice and to promote their rights and address their needs.. Mehr

Press Release 16.10.2017
Our efforts to curb poverty are far from sufficient 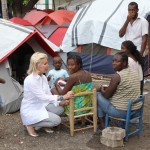 It is a global contract for a better future: In 2030, noone should be forced to live in extreme poverty – and 193 nations agreed to the so called “Global Goals”. This is an ambitious promise to keep, and everybody can and should contribute „If we want to abolish extreme poverty, we still have a long way to go“, says UNESCO-Goodwill Ambassador Dr. h.c. Ute-Henriette Ohoven. Mehr 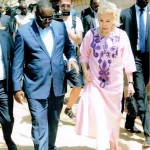 The people living in Baraka will never forget this day: The president of Senegal, Macky Sall, visited this Dakar slum and shared his joy about the start of the project with its community. 2000 inhabitants were enthusiastic listeners to the presidents spreech as he addressed them in their native language Wolof. Mehr 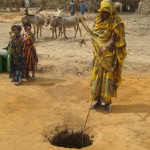 The world is facing a dramatic water problem: Each year, an estimated 3,5 millionen deaths are caused by inadequate water supply. More than 700 million people have no access to clean, potable water – and more than €2,5 billion no adequate sanitary facilities. Mehr

Press release 3.2.2017
A new urban district for refugees: Human traffickers are out of business!

The final phase in Dakar has begun: Until recently, children were playing soccer on the dustry grounds adjacent to the Baraka slum. Now, the arrival of equipment and material needed for the construction of a new urban district is imminent. „I know this slum and the refugees living there for more than 20 years. The time has come to abolish its poverty and to avoid that its settlers are forced to enter the refugee boats headed for Europe,“ says Ute-Henriette Ohoven, founder of the „YOU Stiftung – Education for Chidren in Need“. Mehr
Listen to Statement from Ute-Henriette Ohoven (in German): 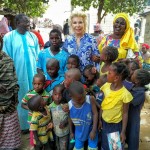 Within just a few days, the delegation from Germany finished a taxing program in Senegal:  Together with a group of supporters and partners of the You Foundation, Ute Ohoven visited several of the projects the foundation initiated. The primary purpose of the visit, however, has been the finalization of the conversion plans for the slum Baraka in Dakar. Mehr 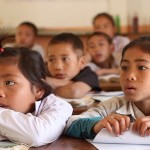 On the occassion of the upcoming UNESCO literacy day on September 8, UNESCO Goodwill Ambassador Dr. h.c. Ute-Henriette Ohoven invites organisations, initiatives and governments to step up their efforts to promote literacy around the globe. Mehr

In no less than three categories the website  www.new-baraka.com impressed the jury of the Red Dot Awards and received awards for „Online“, „E-Commerce“ and „Social Responsibility“. Mehr 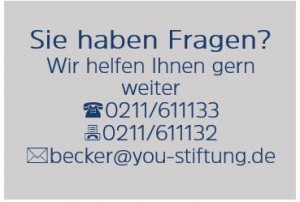 An overwiew over our publications
Mehr erfahren